Robert is a 32-year-old kind and fun man, and a fantastic cook. He lives with me during the week and spends his weekends with his Father. Robert attended the Kalamunda High School Support Centre for three years and then spent two years at Cyril Jackson High School Support centre.

When he was younger, he was diagnosed with Asperger’s Syndrome; for anyone who does not know much about Asperger’s, one of their traits is not showing a lot of interest in different things and shying away from social situations.

While attending Cyril Jackson, cooking was part of the curriculum. He seemed to enjoy these sessions and made some really nice things. Mind you, not that we got to taste any, because he ate them while at school. Robert started working at Activ Industries in 2007. He still works there today Tuesday to Fridays. In 2012 Robert joined Crossroads on a Monday and we decided to pursue his interest in cooking. Every Monday he would go to a Community Centre in Midvale and cook different things. This time, he bought them home, so we could taste what he had made. He continued to learn cooking with them for two years. In 2015 Robert joined Crosslinks and has been part of the Community Inclusion programme to improve his living skills, as one day, he would like to try and live elsewhere, maybe with support.

It was decided that he continued with his cooking as he seemed to enjoy it. Robert has come a long way since he first started cooking with Crosslinks. Every Monday morning, Robert and his support worker, Raz, plan the day. This begins with deciding on what to cook (hopefully done by Robert before Raz arrives), checking what is in the fridge and pantry and writing a shopping list. They then go shopping for the ingredients for the dish that he is going to make. They then return home and cook a dish, which we have for dinner that night – this is great, as it means I don’t have to cook! He has improved so much since starting this, to the extent, where he can cook some meals without looking at the recipe- and they are fabulous!

Robert has recently started a health/lifestyle programme on Monday afternoons- he enjoys having a couple of hours break between supports as he likes to walk down to get lunch and then rest before exercising. For two and half hours Robert and his support worker, Kylie participate in a fitness outing, whether it be walking, gym, tenpin bowling or walking lanes at a pool. Robert is really enjoying the additional support in the afternoons and feels healthier already! Since joining Crosslinks Robert has come out of his shell more and is quite happy to participate in what is offered to him, which, for someone with Asperger’s, is quite an achievement. I feel what has really helped Robert, is the wonderful care and support he has received from his support workers at Crosslinks. Robert also has a wonderful family network, who, care and support him so much.
Bev (Mother) 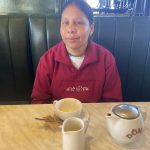 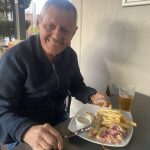 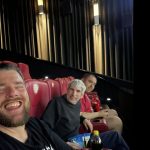 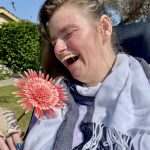